Scary Stories to Tell in the Dark 2 Release Date: Do Auggie and Chuck Return?

Scary Stories to Tell in the Dark fans were both thrilled and nervous when they heard that Guillermo del Toro was creating a cinematic adaptation of the terrifying young adult horror anthology.

The film had some genuinely terrifying set pieces and successfully brought together several of the series’ most viscerally unsettling tales in an engrossing story. The movie did well at the box office and was well appreciated by critics.

As such, it shouldn’t be too much of a shock that the original filmmakers and producers of the 2019 film are back for a sequel. The story will once again be crafted by del Toro, and the script will be written by the same team that wrote the original film, Dan and Kevin Hageman. André vredal, a director from Norway, is also set to direct for a second time.

While studios have been tight-lipped regarding the sequel’s plot, cast, and release date, we can make some educated guesses based on the announcement alone. Come with me as I delve into this eerie follow-up and see what I can deduce.

Scary Stories to Tell in the Dark 2: When Watching the Film, How Do You Think the Stories Will Work?

The volumes are compilations of short stories that can be read independently of one another. Dan and Kevin Hageman, who adapted four of Schwartz’s stories for the screen, braided them together into a single story. Really, there will be spoilers ahead! If you want to be afraid, you should stop reading now.

Ingeniously, the Hageman brothers used a common thread to connect the stories. Stella, a teenage girl, discovers a book in a hidden room of a haunted mansion. When she gets it home, she discovers that the book’s former owner, the late Sarah Bellows, is still using it to record her tales.

Schwartz’s four short stories are adapted for the book, with the film’s protagonists serving as the inspiration for the book’s authors. Harold the scarecrow, Auggie the zombie from The Big Toe, Ràmon the Jangly Man from Me Tie Dough-ty Walker, Chuck the Pale Lady (from the book The Dream), and Ruth the Red Spot all victimize Tommy Miller.

When Stella finally encounters Sarah’s ghost, she offers to reveal the truth about Sarah’s life provided the rumors about her go. Before Sarah and The Jangly Man disappear, she makes Stella write her story in the book blood.

Stella and Ruth leave with the book at the end of the film in an effort to rescue Auggie and Chuck.

As such, the book retains its centrality, while spirits’ reliability in keeping their word is anyone’s guess. Maybe the book will be utilized in a sequel to reconnect the short stories, but by then the idea may be stale.

It remains to be seen how the authors weave together the fresh tales. But we may speculate on what kinds of tales could be used in the sequel to really make people jump out of their seats.

Scary Stories to Tell in the Dark 2 Release Date

according to looper  The production company behind the sequel to Scary Stories to Tell in the Dark has yet to announce when it will be released. Given the status of filmmaking today, it makes perfect sense. Although the exact release date of the film is unknown, there are several educated guesses that can be made. 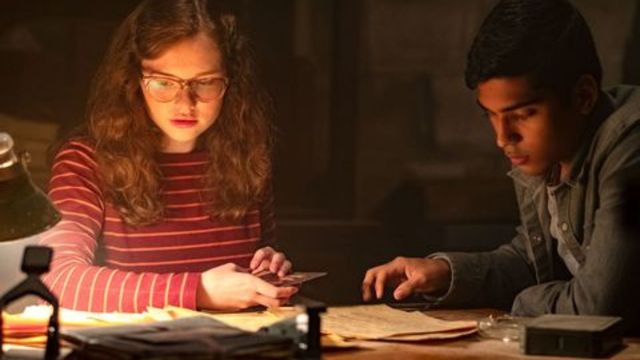 The initial release of Scary Stories was on August 9 in the United States. Considering its success during this period of release, it is no surprise that studios would choose to distribute the film again around the same time.

Alternately, the release date might be moved to October in order to cash in on the holiday’s popularity. Considering the sequel was only recently confirmed, having the film completed by 2020 seems ambitious. The next film adaptation of Scary Stories to Tell in the Dark is expected to be released in the late summer or early fall of 2021.

Read More: Baby Driver 2 Release Date: Will There Be a Sequel?

Scary Stories to Tell in the Dark 2 Cast

Expected Plotline of Scary Stories to Tell in the Dark 2

The Scary Story is not an adapted novel or a massive tome. The terrifying tales are actually excerpted from a great short story collection written by the aforementioned Alvin Schwartz.

It follows a gang of youngsters who get into problems after reading a cursed book. This isn’t your average book. Some secrets aren’t meant to be revealed, and there are strange ghost stories and gruesome drama.

It’s possible that related ideas will appear. On the other hand, the sequel would feature familiar characters and a different story. If I learn more about the story’s structure, I WILL ADD ON TO THIS.

Scary Stories to Tell in the Dark 2: The Wolf Girl

A film centered on a girl raised by wolves, like The Wolf Girl, would give make-up and special effects artists an opportunity to shine. It’s not complicated and could effectively frighten Ruth and Stella as they travel.

Do Auggie and Chuck Return?

Auggie and Chuck are childhood pals. They exchanged secrets, dreams, and concerns. Auggie becomes jealous when he meets Chuck’s girlfriend Jenny. But he can’t quit thinking about Jenny.

They’re back! Good news! Since The Texas Chainsaw Massacre, Auggie and Chuck have been missing. However… Again! Even scarier.

Read More: The Great Season 3 Release Date: What is the Possible Plot for Season 3?

In “The House of the Devil,” Auggie and Chuck appear once again. They’ve returned to terrorize a newlywed couple in their brand-new home.

Scary Stories to Tell in the Dark 2 Trailer

there is no official trailer for scary stories to tell in the dark 2 but we have the season 1 trailer below:

The Great Season 3 Release Date: What is the Possible Plot for Season 3?

The Nun 2 Release Date: Is the Nun Story Based on a True Story?