The Good Doctor Season 6: Who Has Been Appeared in Season 6 ? 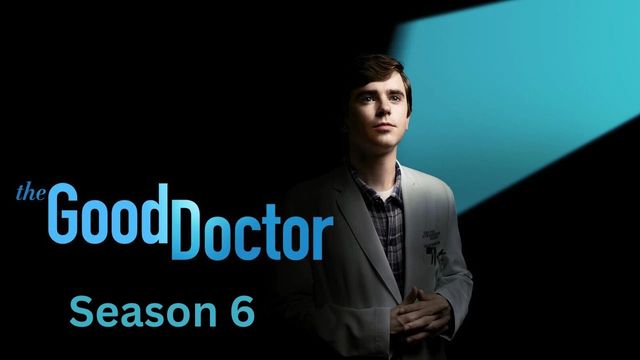 The Good Doctor is an American medical drama TV show made by David Shore for ABC. It is based on the same-named South Korean show. Sony Pictures Television and ABC Studios make the show, and Shore is in charge of it as the showrunner. Shaun Murphy is played by Freddie Highmore, who is autistic and has savant syndrome.

According to wikipedia The sixth season of  “The Good Doctor” has been released on October 3 at 10 p.m. Eastern Time. This season, there will be 22 episodes instead of 18 or 20 episodes.

Season 6 of “The Good Doctor” is likely to have most of the main cast back. This includes Freddie Highmore as the show’s main character, Dr. Shaun Murphy, Hill Harper as Dr. Marcus Andrews, Richard Schiff as Dr. Aaron Glassman, Will Yun Lee as Dr. Alex Park, and Paige Spara as Lea Dilallo. After the nail-biting Season 5 finale, it wasn’t clear if Christina Chang, who plays Dr. Audrey Lim, and Fiona Gubelmann, who plays Dr. Morgan Reznick, would be back for Season 6.

Deadline says that Brandon Larracuente and Savannah Welch will join the cast of the medical drama as well. IMDb says that Larracuente was a guest star on Season 4 of another ABC show called “The Rookie.” He will play Daniel, one of a new class of interns who is mysterious and likes to go it alone. Daniel’s unusual ideas about medicine are sure to cause a stir.

Welch will play Danica, another new intern. She is best known for her role as Barbara Gordon on the HBO Max superhero show “Titans.” Deadline says that Danica went to the Naval Academy in Annapolis and graduated. She tries to be as fair as possible on the job, but she isn’t afraid to break the rules if she thinks it’s for the best.

About “The Good Doctor”

“Dr. Shaun Murphy (Freddie Highmore), a young surgeon with autism and savant syndrome, has worked hard to show his colleagues that his extraordinary medical skills will save lives. In season 5, Shaun faces more uncertainty as he plans his wedding, and a big change comes to St. Bonaventure. As they continue to deal with life-or-death situations, the rest of the team must also figure out how to deal with their own relationships.”

Shaun and Lea got married in the season 5 finale, but the season also ended with a major cliffhanger: Villanueva’s abusive ex-boyfriend attacked Dalisay Villanueva and Dr. Audrey Lim, who were both stabbed and lying on the floor as the season ended. One of the most important early questions for season 6 is what will happen to these two long-time series regulars.

“A violent attack at the hospital stops Shaun and Lea’s long-awaited wedding reception, and the whole team has to work together to save the people who were hurt. Shaun is being hurt in more than one way by the trauma of seeing people he cares about in dangerous situations.”

Also read: Annika Season 2 Release Date: Who Is Coming Back in Season 2 of Annika?

Where Can We Watch All of “The Good Doctor” Seasons?

Anyone who wants to watch all the old seasons can easily stream them. If you have a Hulu subscription, you can watch seasons 1 through 5 of this show. If you want to watch episodes 14 through 18 of the fifth season again before the new one starts, you can do so on ABC’s website and app. You can watch them without a subscription, but there will be ads in the middle.

Trailer for “The Good Doctor” Season 6?

Even though we don’t have a trailer yet, we do have an official poster for the new season, and at the Disney 2022 Upfront, Highmore gave fans a few hints about what to expect.

“The Good Doctor” is an American medical drama TV show made by David Shore for ABC. Freddie Highmore stars as the show’s main character, Dr. Shaun Murphy. The sixth season of the show will be released on October 3 at 10 p.m. Eastern Time. Katie Welch will play Danica in season 6.

She is best known for playing Barbara Gordon on “Titans”. There is no official trailer for the new season yet, but we do have an official poster.

Deuce McAllister Net Worth: When Did Deuce Mcallister Retire?