Dj Art Laboe, Who Popularised the Term “Oldies but Goodies,” Passed Away at Age 97.

Unfortunately, Art Laboe, a radio innovator who is remembered for many firsts, including the introduction of the slogan “oldies but goodies,” has passed away. He was 97.

A message issued on his official Facebook page on Monday also confirmed his death, saying that “he died peacefully at his home in Palm Springs, California.”

Laboe’s show, The Art Laboe Connection, was a nightly dedication and request radio programme that was syndicated. On Sunday night in Los Angeles, KDAY-FM broadcast his final show.

According to his Facebook profile, the late DJ held the record for “the longest continuous time of broadcasting service,” clocking in at a whopping 79 years. 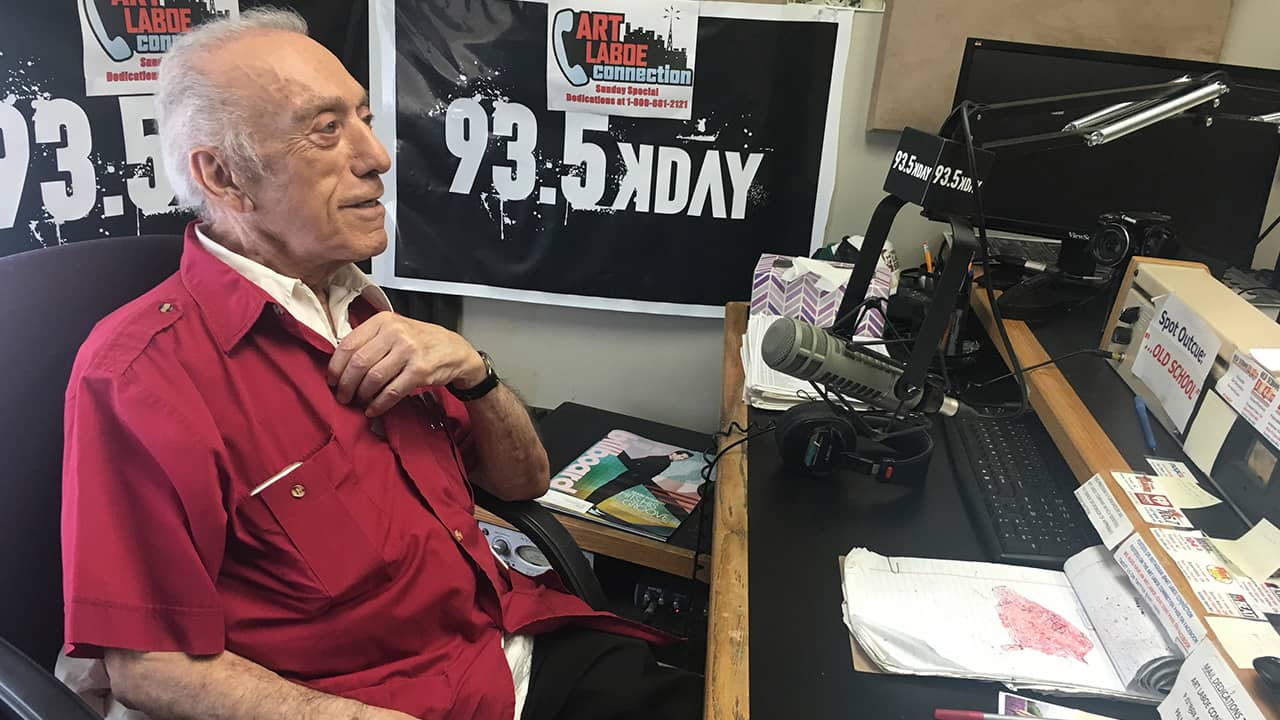 At the 19th annual Charlie Awards, held at the Hollywood Roosevelt Hotel in Hollywood, California, United States, Art Laboe was honoured with the Media Arts Award.
Laboe, whose birthplace was Salt Lake City and whose parents were Armenian Americans, attended Stanford University before enlisting in the Navy during World War II. His first radio employment was at KSAN in San Francisco, where he adopted the stage name Art Laboe in an effort to sound more native to the United States.

Laboe was lauded for his contributions to ending segregation in Southern California, where he was one of the first DJs to play R&B and rock ‘n’ roll on West Coast radio by hosting live DJ performances at drive-in diners that attracted listeners of various races and ethnicities.

In 1957, Laboe launched his own record label, titled Original Sound. When Elvis Presley came to Hollywood in 1958, he granted him one of the few interviews he ever gave, and the record he put together, Oldies But Goodies: Vol. 1, became an instant hit. In 1991, Art Laboe began airing the Connection Show. J.R. Ridinger Death: What Was the Cause of His Death? His team has announced that the concert will go on after his death as a tribute to his life and work.

The Los Angeles City Council honoured his contributions to the music industry by designating July 17 as Art Laboe Day in 1981. Later, he received a star on the Hollywood Walk of Fame. Last month, he celebrated 79 years in the radio industry and reportedly quipped, “My favourite place to be is behind that microphone.”

It was also said at the time, “I have one of the best jobs in the world, playing the music, talking with our listeners, doing their dedications, and connecting them with their loved ones.”

Angela Lansbury Net Worth: What Was Angela’s Wealth at the Time of Her Death?

Who is Devon Diep the New Cast Member of Bling Empire Season 3?