The story centers on Mark (Scott), a Lumon Industries employee who consents to a “severance” program that separates his work memories from his personal recollections. On February 18, 2022, Apple TV+ hosted the series debut. Both critics and viewers lauded it, praising the cinematography, production design, musical score, plot, and performances (especially Scott).

At the 74th Primetime Emmy Awards, the show got 14 nominations, including one for Outstanding Drama Series and three each for Scott, Turturro, Walken, and Arquette (winning for Main Title Design and score). A second season of the show was ordered in April 2022.

The creator Dan Erikson and director Ben Stiller have largely avoided talking about this. Stiller, however, promised clarification in a Metacritic interview. I don’t want this to be a show where people are constantly saying, “Oh, goodness, you never know what’s going on and there’s never answers to any queries,” the actor remarked.

I believe that we owe it to an audience to provide them with something that will allow them to hold onto something. That’s a great place to start! Additionally, Stiller said in a Variety interview that the second season of the show will focus more on the love triangle (square?) that includes Helly, Mark’s innie and outie, and Mark’s wife Gemma.

In the course of the season, there has been a growing bond between Mark and Helly, but on the outside, Mark is still grieving the loss of his wife. We’ll examine that intriguing contradiction and juxtaposition in the second season. Erikson, for his part, typically keeps his information to himself. Fans have been reassured by him that he knows where this is all leading, though. 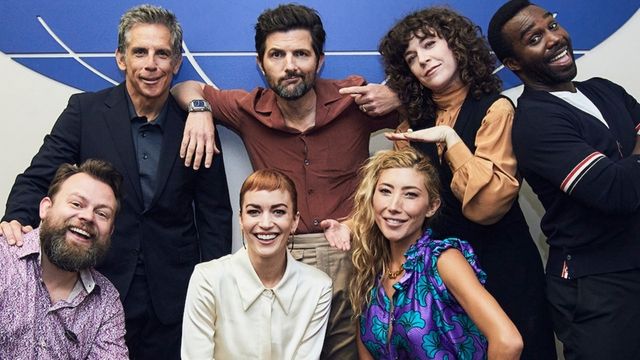 Erikson expressed his desire for the show to go for three to six seasons in a Reddit AMA, saying that this would allow for the entire telling of the story. He further reassured his audience, saying, “I have the last scene in mind and a lot of the story that will get us there.” Kudos to Kier!

Severance was picked up for a second season just days before the end of season one was released on Apple TV+. Thank goodness, too, because if fans didn’t know that the story would go on, there would have been riots at every Genius Bar in America. So, where do we go from here?

Well, Ben Stiller is already working on a lot of projects, such as the movie Bag Man, which will be based on Rachel Maddow’s podcast of the same name. But in April, Stiller told Deadline that he would be filming Bag Man this summer and getting ready for Severance at the same time.

He said that in the second season, he hopes to direct at least two episodes. Fans recently read in Production Weekly that the second season of Severance would start filming in October 2022. This fits with what the magazine said.

Read More: Outer Banks Season 3: How Will the Conclusion of Season 2 Affect What Occurs Next?

When Apple TV Plus said that season 2 would continue, they also said that the four main office workers would be back. For those who don’t know, that’s Mark (Adam Scott), Helly (Britt Lower), Dylan (Zach Cherry), and Irving (John Turturro).

Patricia Arquette has also agreed to play Mrs. Cobel, the office manager, again, and Tramell Tillman will play Seth Milchick again. We don’t know if Christopher Walken will be back as Irving’s potential suitor Burt, but given how their story ended, we hope he will be.

Here’s what we know about the cast of Severance season 2:

We can probably expect to see a little more of Dichen Lachman as Ms. Casey, given what Mark learned in the last episode.

Read More: Falling for Christmas Release Date: When and Where to Watch This Fantastic Movie?

Sorry, the people working on Severance are taking a break right now (I hope they remember what they did), so there’s no trailer, and no, that AirPod ad doesn’t count. Keep this page bookmarked, and we’ll update it as soon as a teaser for Severance season 2 comes out.

If you can’t wait to go back to the Lumon Industries office, you can watch the 12-second video below announcing season 2, but be careful. It doesn’t tell us much about the upcoming show.

Where Can I Find Season 2 of Severance?

When season 2 of Severance comes out, it will only be on Apple TV Plus. Most likely, the episodes will come out once a week, which is how the streaming service likes to release content.

If you haven’t seen the first season of Severance and only found this article because you want to talk about it with your coworkers, don’t worry. We’ve got you covered. Here is where you can sign up for Apple TV Plus and watch all nine episodes right now.

Outer Banks Season 3: How Will the Conclusion of Season 2 Affect What Occurs Next?

Ben Stiller Net Worth: What is Ben Annual Income and Total Wealth?