Is “Heaven Is For Real” Based on a True Story? 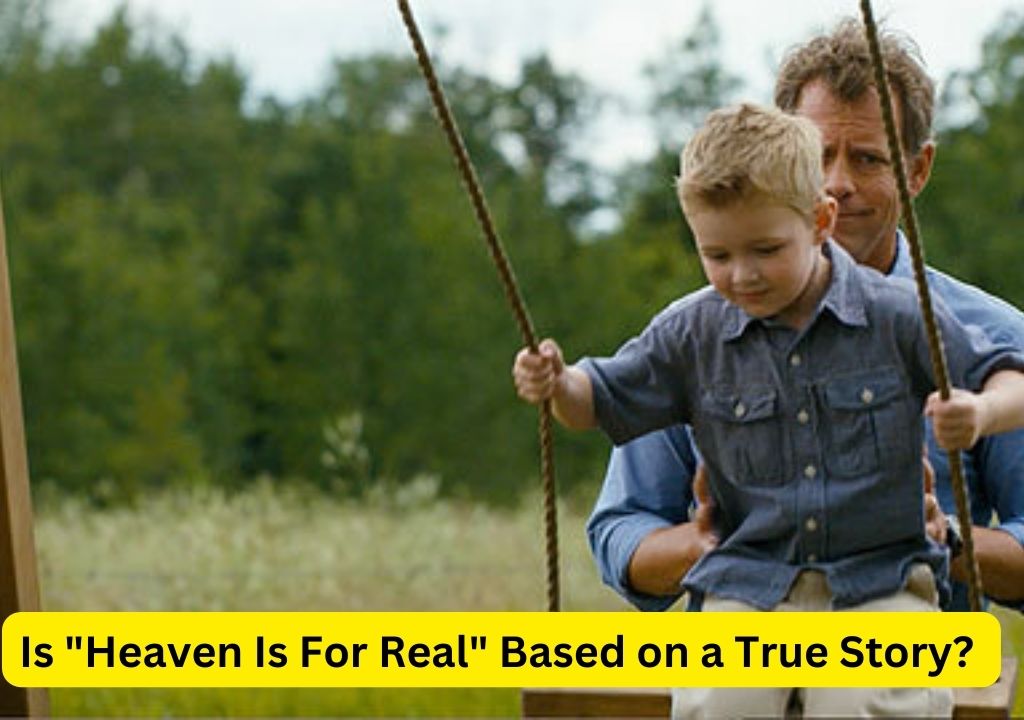 Heaven Is for Real is a 2014 American Christian drama film written and directed by Randall Wallace with Christopher Parker as a co-writer. Based on the 2010 book of the same name by Pastor Todd Burpo and Lynn Vincent,  Greg Kinnear, Kelly Reilly, Connor Corum, Margo Martindale, and Thomas Haden Church are the movie’s stars. The movie premiered on April 16, 2014.

About the Story of the Movie

In this film, a four-year-old boy who underwent life-saving surgery has a near-death experience that eventually causes his soul to leave his body and ascend to heaven. He encountered Jesus and other angels there. Young Colton is convinced that heaven exists because of this experience, and he tries to spread this belief to everyone. When it was first released, the movie was a huge success. making it one of the most profitable Christian films ever.

The book upon which the film Heaven is for Real is based was a huge success. Although this film has received a lot of praise from those who believe in gods and heaven. However, everything has two sides, as the saying goes. The audiences for this movie are diverse as well. One believes in God and the other beliefs in facts rather than the assertions of a young child.

Is the Movie Heaven is for Real Based on a True Story?

One of the main counter arguments made by many was that one had to die in order to enter heaven, at which point their soul would depart from their body and enter the realm of the gods. Colton, however, never actually passed away. Both his heart and his brain never stopped beating. Thus, in theory, his soul cannot depart from his body. Many other pastors also criticized the story, saying it lacked evidence and was just a 4-year-assertion. old’s Alex Malarkey’s claim was one of the most significant ones.

Alex was also rumored to have experienced a similar type of near-death situation to Colton. Her experiences with Alex were written about in a book. Alex, however, claims that the book is entirely made up. He claims that this book was an attempt by Christian publishers to advance the ideas of religion, god, and heaven. Whatever people may say, Colton’s father made it clear in a media statement that he supports his son’s belief in the existence of heavens and gods and that he believes the events described in his son’s story.

Whatever the situation, we will never truly be able to verify whether Colton’s claims are accurate. Furthermore, we cannot openly accuse Colton of lying. What advantage would lying have given him in this world as a young child? We cannot, however, ignore the fact that his story lacks supporting evidence. So, while it’s possible that the story is true, we can’t say for sure.

Heaven is For Real’s Storyline

Before we could talk about the veracity of Heaven is For Real. We must comprehend the plot of this film. Colton, a four-year-old boy, serves as the protagonist of Heaven is For Real. Colton’s condition began to deteriorate as his appendix began to hurt one day. His parents decided to immediately admit him for surgery as a result.

Colton’s condition was extremely critical, according to the doctors, and he might not survive. Following a challenging surgery, the doctors continue their procedure, and Colton’s life is ultimately saved. It was extremely difficult for both parents to see their child experience a close call.

Though everything went smoothly. Colton didn’t ask her mother about her older sister until one day. The Burpo family had just one son, but a few years ago, Colton’s mother was expecting a girl who sadly lost her life as a result of a miscarriage.

Additionally, Colton’s parents kept quiet about her deceased sister. Colton, however, asserted that he had a meeting with her sister in heaven during the procedure. Her mother became upset by this, and she discussed it with Colton’s father. Colton’s father, “Todd Burpo,” was a pastor, and at first, he didn’t believe Colton when he said that Jesus had appeared to him while the doctors were operating on his body.

Up until Colton claimed that he had met Tod’s father in heaven. Todd’s father finally comes to believe that Colton is telling the truth and that his father really did go to heaven after hearing Colton’s detailed description of Todd’s father. Colton continues the narrative by attempting to convince people that god and heaven are real.

In a New Episode of the Kardashians Season 2, Khloe Kardashian Clashes With Tristan Thompson