Who is Zachary K. Riley? Meet Kyle Viljoen’s Fiancé as the Couple Engaged in South Africa! 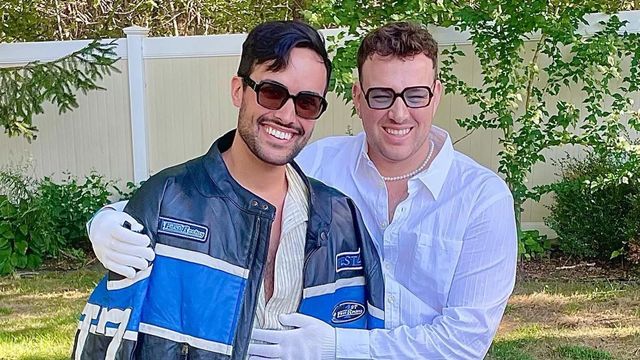 Kyle Viljoen, star of Below Deck Mediterranean season 7, just revealed his engagement to his boyfriend Zachary K. Riley on Instagram.

Kyle proposed to the couple on November 8, 2022, while they were visiting Table Mountain in Cape Town, South Africa, in the presence of friends and family.

“Zachary & I are officially engaged and to my universe I want to thank you for loving me unconditionally, desirably and with full intent to be my forever and always.”

Zachary also pinned the Instagram post to his profile. Natasha Webb, Kyle’s best friend, and several Below Deck Mediterranean performers, including Storm Smith, Dave White, and Courtney Veale, complimented him in the comments.

Zachary K. Riley is Involved in a Variety of Volunteer Projects

Kyle Viljoen is a boat chef and reality TV celebrity, while Zachary K. Riley is a physical therapist. Zachary worked as a physical therapist intern from 2018 to 2020, according to his LinkedIn profile. He then accepted a full-time position with SPEAR Physical Therapy, LLC, where he will remain until February 2021. He presently works at NYU Langone Health.

The native New Yorker received his bachelor’s degree in science from the State University of New York College at Oswego before attending Stony Brook University to pursue a Ph.D. in Physical Therapy. He also participates in a number of voluntary programs.

“With a long standing interest in the rehabilitation field I have been learning in the clinic through observation since 2013. I received my Doctorate of Physical Therapy from Stony Brook University in 2020, where I acquired knowledge and experience as a physical therapy intern in diverse settings from acute care to an assortment of outpatient specialties such as pelvic floor, oncology, and orthopedics.”

Kyle Viljoen in Season 7 of Below Deck Mediterranean

Below Deck Mediterranean fans have a love-hate connection with Kyle Viljoen. They despise him because of his friendship with Natasha Webb, but they admire him because of his lovable personality. Kyle almost discovered his soul partner in one of Season 7’s episodes.

Kyle was wooed by a charter guest named Frank Fay in episode 8. The guy was on the point of violating rules that may have resulted in his dismissal. Fans were heartbroken by Frank and Kyle’s departure because their love seemed real at the time. However, the storyline was abandoned when they said their goodbyes.

Meanwhile, the final episode of Below Deck Mediterranean season 7 will air next week, with Kyle returning to the yacht. In the previous episode, he left after injuring his ankle.

Natasha requested a new stew in his place because he was unable to work, however, Captain Sandy Yawn maintained at the time that Kyle was not sacked. As a result, he was seen reuniting with his crew in a preview of the future episode.

Below Deck Mediterranean season 7 premieres on Bravo on Mondays at 8 p.m. ET.

Neon: a Reggaeton-Inspired Comedy Series, Has Been Greenlit by Netflix

Who is Emma Corrin? Is She Dating Anyone?