My Top Ten Favorite Animated Christmas Movies You Must Watch on the Occasion of Christmas! 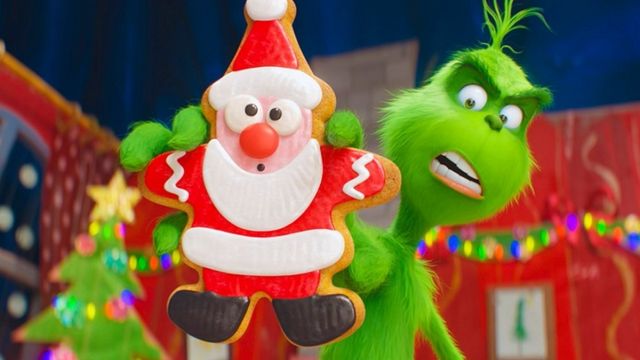 I don’t watch TV very often, but when Christmas comes around, I’m always somewhere where animated Christmas movies are playing. Here are ten of my favorites, in order from newest to oldest.

Santa Claus’s messy son is named Arthur Claus. Arthur tries to save Christmas for a young girl. His grandfather, a young elf, and a young reindeer help him. A smart movie in every way.

Everyone knows that Santa Claus brings gifts to every child on Earth every Christmas. What no one knows is that Santa does this with a very high-tech operation that takes place under the North Pole. But if Santa forgets one child out of hundreds of millions, which is unthinkable, someone has to save the day. Santa’s youngest son, Arthur (James McAvoy), has to get a gift for the forgotten child before Christmas morning.

A cartoon version of Dickens’s classic, with Jim Carrey giving Ebenezer Scrooge’s voice. Gary Oldman, Colin Firth, Bob Hoskins, and Cary Elwes, among other good actors, also helped. The animation is kind of creepy, but the movie is good.

A Christmas Carol is a play about an old man named Ebenezer Scrooge who is mean and selfish and doesn’t like Christmas. On a cold Christmas Eve, Scrooge is mean to his employees, won’t give to charity, and is rude to his nephew when he invites him to spend Christmas with him.

There are three 20-minute short films. The Gift of the Magi, which is based on a short story by O. Henry, is my favorite. In it, Minnie and Mickey give each other useless Christmas gifts, but the lesson is that it’s the thought that counts.

READ MORE: Falling for Christmas 2: Will There Be a Movie Starring Lindsay Lohan?

A collection of three short stories that have heartwarming parts and show what Christmas is really about.

The Nightmare Before Christmas (1993)

A great stop-motion movie. Jack Skellington is the Pumpkin King of Halloween Town. He and his girlfriend, Sally the scarecrow girl, try to bring Christmas ideas to their town. This movie is one of my favorites on this list.

The movie is about Jack Skellington, the beloved pumpkin king of Halloweentown, who is tired of scaring people in the “real world” the same way he does every year. When Jack stumbles upon Christmastown, a place full of bright colors and friendly people, he gets a new start on life.

He plans to take over Christmas by kidnapping Santa Claus and taking his place. But Jack soon learns that even mice and skeleton men’s best plans can go very wrong.

In Charles Dickens’ story, Michael Caine plays Ebenezer Scrooge and joins the Muppets. Bob Cratchit is Kermit the Frog. Hilarious. Most likely the best movie on this list.

The classic Christmas story by Charles Dickens is put on by the Muppets. Kermit the Frog plays Bob Cratchit, the mistreated clerk of Ebenezer Scrooge, who is stingy and mean (Michael Caine). Miss Piggy, Gonzo, Fozzie Bear, and Sam the Eagle, along with other Muppets, pop in and out of the story.

Scrooge is visited by the ghosts of Christmases past, present, and future. They show him how wrong he is in the way he looks out for himself, but the poor old man doesn’t seem to have any chance of being happy again.

Mickey Mouse is Bob Cratchit in this version, and Scrooge McDuck is Ebenezer Scrooge. Good fun.

Ebenezer Scrooge is much too selfish to realize that Christmas is a time for being kind and giving. But with the help of a few new friends, Scrooge learns to get into the holiday spirit. A retelling of Charles Dickens’s classic story using Disney’s classic characters.

How the Grinch Stole Christmas (1966)

One of my favorite animators, Chuck Jones, was in charge of making and directing the movie. Years ago, I got to meet him at Newport Beach. The Grinch, whose voice is given by the great Boris Karloff, wants to ruin Christmas for the people of Whoville.

In this live-action version of Dr. Seuss’s well-known children’s story, Jim Carrey plays the lonely green Grinch, who wants to ruin Christmas for the happy people of Whoville. The Grinch reluctantly comes down from his mountaintop home with his stupid dog Max and sneaks into town to steal everything the Whos have that has to do with Christmas. But the bitter grump’s plans go off the rails when he meets the sweet Cindy Lou Who.

Clumsy Charlie Brown chooses the worst Christmas tree ever, but in the end, everything works out. A touching moment is when Linus reads Luke 2:10: “Do not be afraid, for I bring you good news of great joy that will be for all the people.”

Lucy tells Charlie Brown that he should be in charge of the school’s Christmas pageant when he complains about how much everyone is focused on getting things for Christmas. Charlie Brown agrees, but it’s hard for him to do so. He tries to get into the Christmas spirit with a sad little fir tree, but it doesn’t work. He needs Linus’s help to figure out what Christmas is all about.

Rudolph is an outcast because of his bright red nose, but on a foggy Christmas, he saves the day. “Treat others the way you want to be treated” is a simple message.

READ MORE: The 10 Best Places to Go for Christmas to Spend Your Memorable Holidays!

When an evil queen casts a spell on Christmas, it’s up to Santa’s most well-known reindeer to save the day.

Jim Backus gives Ebenezer Scrooge’s voice to the cartoon character Mr. Magoo, who is hard of seeing. He learns that giving to others and being kind is what Christmas is all about.

In this animated version of “A Christmas Carol,” Mr. Magoo plays the part of a man who doesn’t believe in Christmas.

All the New 2022 Christmas Movies on Hallmark, Lifetime, Netflix, and Other OTT Platforms!